Most of our grandparents would have had at least a lemon tree in the garden, but the home grown veggie patch steadily fell out of favour in the 1960s as the convenience of the supermarket won over. Finally, many of us wouldn’t have a clue where our veggies come from. However, it seems we’re keen to find out and DIY veggies are back on the table.

We asked the experts why they think the veggie garden is back in fashion, and what they get out of growing their own at home.

Google anything about veggie gardens and you’ll find a thriving online community dedicated to turning seeds into plants into veggies into dinner and sharing their knowledge and enthusiasm.

Blogs abound from those who do it because they want an edible garden, those who need to save money, those wanting to live sustainably, nurture their families, find a simpler life, remember their childhood, or honour the memory of their grandmother or grandfather who had a veggie garden.

There are blogs by mums at home with the kids on a quarter acre block trying to live more naturally; hipsters gardening on their inner city balconies; retired couples getting back to basics on an acreage; and those who want to grow heirloom vegetables, save seeds or just extol the virtues of a lifestyle spent growing, harvesting, cooking and preserving their own food.

Veggie gardens are being built in schools – like the Stephanie Alexander Kitchen Garden Programme. And restaurants are increasingly growing their own produce – from The Grounds in Sydney’s industrial Alexandria, which employs a horticulturalist to tend to its garden beds, to Margan in the Hunter Valley where the “one acre Kitchen Garden and orchard produces up to 90% of vegetables and fruit for the seasonally inspired menus.”

Back to basics: Plan your veggie garden 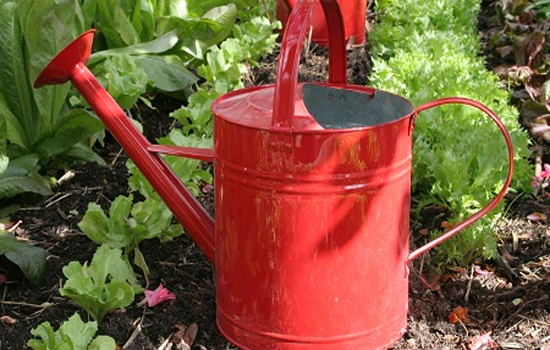 Why are they doing it?

We found a whole heap of reasons why veggie gardens are back in vogue. Here are the top ones.

Nevin and Linda Sweeney have been growing and eating their own veggies from their garden in Sydney’s west for more than 30 years. They blog about it at underthechokotree.com and say their main reason for gardening is a desire to reduce their carbon footprint. Growing their own food has proved to be a tasty way to do it.

Nevin and Linda are passionate about the benefits of having a home grown veggie garden: “People are concerned about pesticide residues in their food and this is one way of being absolutely certain what goes in and on your veggies,” they say. “There are definite environmental benefits, with a reduction in greenhouses gases emitted to produce the food, food feet rather than food miles.”

Nevin and Linda list economy as another benefit, and say “you can grow quite cheaply once you are set up and understand what you are doing.” The proof is in their own garden. “It does save us cash so I don’t need to work so many hours to pay for it.”

Taste, nutrients and control over what you eat are other reasons the couple believe veggie gardens are enjoying renewed attention. Home grown veggies are “real veggies that have not been picked green, transported all over the countryside, gassed, stored and packaged so that they are old and limp by the time you get them,” they say.

“Variety is the spice of life and with open pollinated seed from organic seed suppliers you can grow any one of the dozens of varieties available, not just the ones that put up with being transported.”

As Nevin and Linda say, you also get a hobby and exercise as an added bonus.

Veggies gardens: Taste, nutrients and control over what you eat.

Inner-city gardener Richard Evans agrees. “I think people are concerned about the source of the veggies and what’s been done to them before you eat them. It’s also a lifestyle choice, working outside with your hands to produce something delicious is very satisfying,” he says.

Richard has been growing veggies for 25 years because he likes a domestic garden that is productive. For him, the best bit comes from those moments when he realises dinner needs something extra to taste great and he just happens to have just what is needed growing outside his kitchen window.

Cook’s garden: 7 of the easiest herbs to grow at home 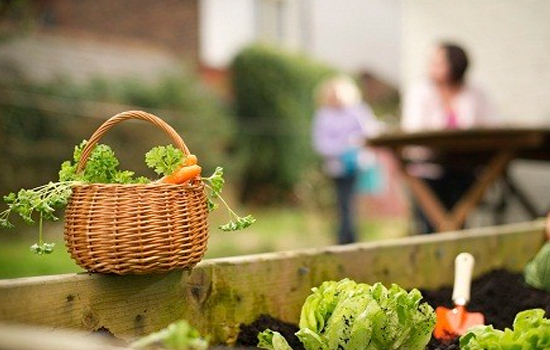 A new hobby and exercise are an added bonus.

Scott Fisher, another keen veggie gardener, agrees that the veggie patch has grown in popularity because people are interested in sustainability and local produce. But that’s not what got him into it.

Relatively new to gardening, he has been a convert since he moved into a suburban house in the Blue Mountains of NSW which came with a greenhouse and the bones of a veggie patch. He decided to have a go, and hasn’t looked back.

“I grow veggies because it’s simple, practical and you feel more in touch with nature. There is a reward for your efforts,” Scott says. For him the benefits include eating veggies when they’re ripe, as well as ensuring a supply of your favourite types of vegetables. He also finds it satisfying to give something he’s grown himself to friends and family.

While the growth of the veggie patch is driven in part by concerns about rising food costs, sustainability, climate change, freshness and nutrition, food security and getting back to nature, perhaps this renaissance is also due to nostalgia? In an electronic world, there’s something a little bit retro cool about getting your hands dirty.

From apartment terraces to urban blocks, acreages and farms, the veggie garden can exist just about anywhere. You don’t need a lot of space you just need to be able to service the plant’s basic needs.

The veggie garden can exist just about anywhere.

Nevin and Linda Sweeney see their garden and blog as a way to show people what can be done on an ordinary block of land: “We don’t have acres; we have 600 square metres in the western suburbs of Sydney and if a pair of wrinklies in Sydney can feed themselves, imagine what you can do!”

Richard Evans believes a veggie garden can enrich your cooking and your life no matter where you live and says renting doesn’t have to exclude you from gardening.

“In recent years I have been renting houses with pretty ordinary gardens in London or Sydney’s inner west,” he says. “You don’t always want to invest too much time or money on a garden when you are renting, so filling the barren bits with herbs and veggies makes sense and looks good.”

Nevin and Linda Sweeney say the worst bit is digging, if you start out that way. “That and missing a pest and losing a crop”, they say.

Their advice is to start small.

“It’s really easy to dig up big and then plant up big, but then the weather turns to crap, someone gets sick or life just gets busy and you don’t have the time to maintain a big patch,” they caution.

“Next thing you know you have the healthiest patch of weeds that you have ever seen and after all your initial work (and expense if you buy in your seedlings, mulch and manure) it can be heartbreaking.”

Scott Fisher stresses the importance of doing your homework before you begin. “The biggest lesson I have learnt is to read up on the veggies you want to plant before you plant and research about soil conditions.”

Scott says the best bit about growing vegies is eating them while the worst is “pulling the cat poo out of the garden.”

It’s not all easy – there’s certainly hard physical work involved in a veggie patch, and for Richard Evans the worst part is finishing some backbreaking task when it’s freezing and windy and he’d rather be sitting by the fire.

If you can’t do it yourself

If you’re not into DIY veggie gardens you can still get in on the action by outsourcing it. Alongside the do-it-yourself gardeners an industry has sprung up servicing those who want a piece of the veggie garden action but don’t have the time, inclination or knowledge.

For instance, The Little Veggie Patch Co operates out of Melbourne suburb St Kilda and offers a design, installation and maintenance service for those who want a chemical-free veggie patch at home.

Their mission is to see more people living a greener lifestyle and their website is full of chock full of tips, events, workshops, books. They even sell ‘no dig’ crates ready to become your instant veggie garden and run an edible gardening club.

Get it right: 6 expert tips to prepare a perfect garden bed for vegetables

Done right, a veggie garden can slash your food bill, help the environment, teach your kids where food comes from, and allow you to eat healthier, fresher produce, no matter where you live. And many buyers out there may find it appealing when they’re looking for those special extras in a property inspection.

Do you have one at your place?