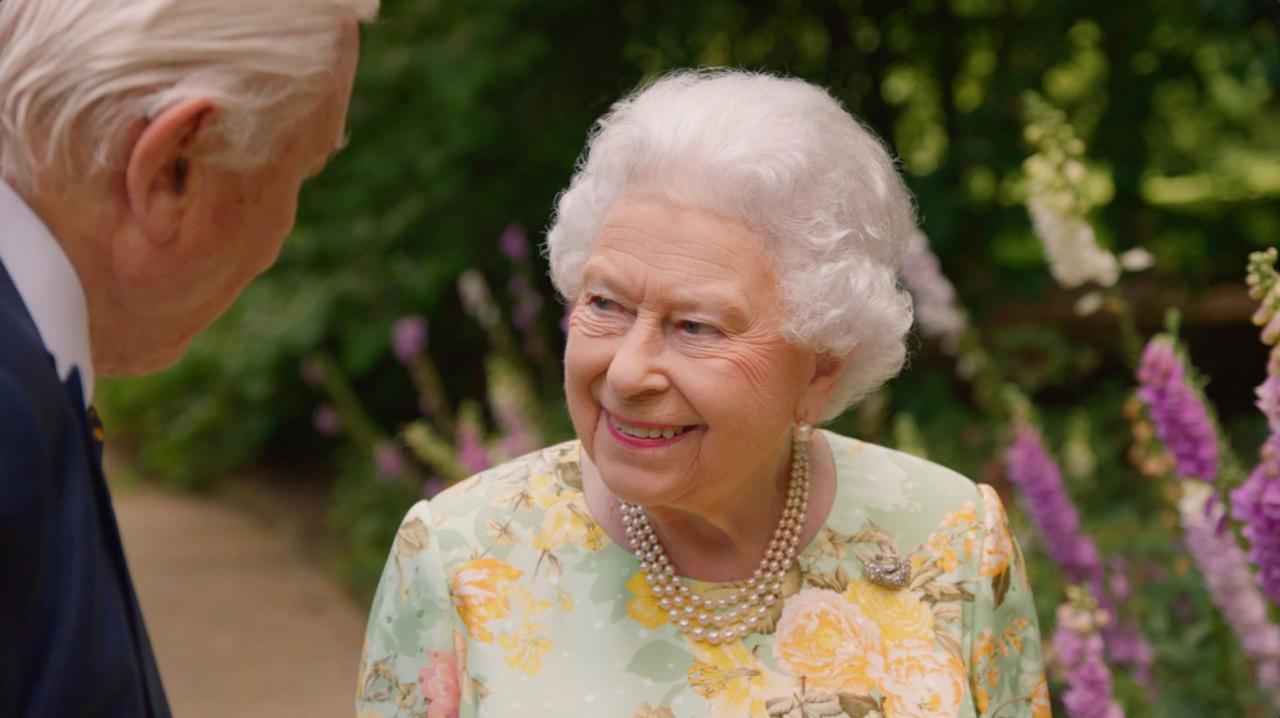 We’re used to listening to the calming voice of Sir David Attenborough sharing his insights on how to take better care of our planet – but what about giving his gardening advice… to the Queen?

Well that’s exactly what the natural world expert has done and Her Majesty took him up on his advice immediately.

The Queen has moved a sundial in Buckingham Palace’s gardens after Sir David Attenborough observed that it was positioned in the shade.

Her Majesty and the Blue Planet presenter were filmed walking in the gardens of the palace last summer for upcoming ITV documentary The Queen’s Green Planet.

In the programme, Sir David points out that the sundial is ‘neatly planted in the shade’, which then sees the Queen asking her head gardener: ‘Hadn’t we thought of that?

‘It wasn’t in the shade originally, I’m sure. Maybe we could move it.’

In a segment on This Morning on Thursday, it was confirmed that the sundial has been moved away from the shade of the trees so the sun can reach it.

The ITV show was marking The Queen’s Green Planet by giving away 2,500 trees in partnership with the Woodland Trust and funded by Sainsbury’s.

Marking the documentary #QueensGreenPlanet featuring the Queen and Sir #DavidAttenborough, @thismorning will give away 25,000 #trees today in our partnership with @WoodlandTrust & funded by @sainsburys. Tune in! #CommonwealthCanopy @QueensCanopy @RoyalFamily pic.twitter.com/RmoDH0TUw0

The Queen and Sir David joined forces for the documentary which explores the monarch’s legacy to protect the environment with the Commonwealth Canopy (QCC) project.

The project is creating a network of forest conservation initiatives across all 53 Commonwealth countries to mark Her Majesty’s lifetime’s service to the Commonwealth, while preserving a natural habitat for future generations.

The documentary will also feature Angelina Jolie traveling to Namibia with her six children to highlight the importance of forest conservation in Africa.

Speaking about the Queen and her passion for preserving nature, Jolie says in the film: ‘I think that’s what it comes down to is you say to the kids, “You know really, you don’t know her, you can’t understand all that it means to be a queen and all that.”

‘She thinks that really matters and I agree with her.’

The Queen’s Green Planet airs on ITV on April 16.