The morning of her son’s graduation party, Mara Seibert walked out onto the terrace of her Short Hills, New Jersey, home and gazed out over the wide, gentle slope of the lawn. The sun was streaming its yellow tendrils through the trees, and she could see the pond in the distance. After days of attending to plans and details, it was time to celebrate. Her son, Nick, would be graduating from Millburn High School this week. 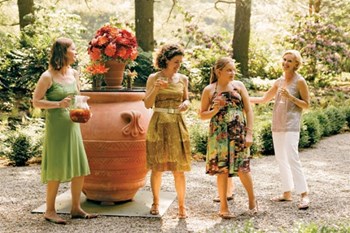 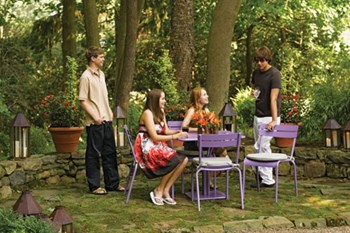 In truth, preparations for this day had gone on for years, in the raising of her son, but also in the making of the garden — which was to be the setting for the party. The English Arts and Crafts house, which Mara and her family moved into in 1993, when her son was little and just before her daughter was born, was built in 1907 with Gothic arches and stone culled from what became the pond out back. 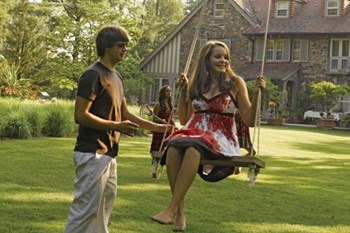 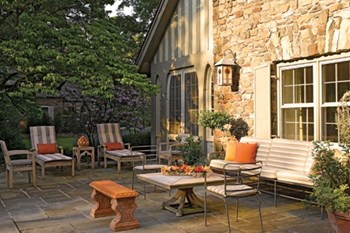 Nick Seibert and friend. Photo by: William Geddes.
Custom-designed by John Danzer for this patio, the chairs and chaise are covered in Big Stripe from Perennials fabrics. The teak Fenlake lounges and dining armchairs are also original to Danzer’s firm, Munder-Skiles. The handmade terra-cotta bench is from Seibert & Rice. All coordinate with the stone of the patio and house. Photo by: William Geddes.

Mara, who is half of Seibert & Rice, the company specializing in terra-cotta pottery from Impruneta, Italy, has taken her time with the garden — a whole 16 years. Even now, who can say the garden is finished? “The garden continues to evolve, and I keep fine-tuning it so I can keep its sophisticated yet simple look and parklike appeal,” Seibert says. In 2004 she hired landscape designer Richard Hartlage, based out of Washington state, to rethink, edit and remake the landscape, which was originally documented in the 1930s by the Garden Club of America, and exterior decorator John Danzer, who is just 25 miles east in Manhattan, to style the terrace. 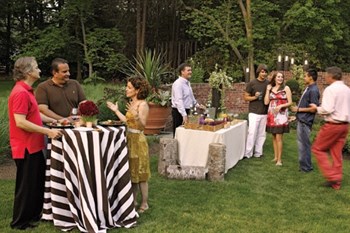 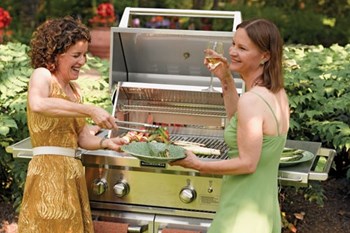 When the family moved in, the lawn leading to the pond was almost covered with trees and ivy. But Hartlage cleaned out the grounds to reveal the landscape’s fine bones. Later, it was Hartlage who had seen that the tangle of trees to the south of the house could be cut back and become home to a shade garden, its paths paved with pea gravel and lined with boxwood and astilbes. It was remarkable how the garden, just like the terrace, was so accommodating — with plenty of room for a party of 50, and a place of quiet and solitude just for one.

Danzer didn’t blink an eye when Seibert first listed her program for the terrace some eight years ago when they started discussing this project. It needed to seat a few people for cocktails plus offer a place to lounge and flexible dinner seating for the immediate family — or a crowd. “Not a problem,” he had said, “just look at the terrace as if it were a loft — the furniture arrangement has to be adaptable.” Eventually, he designed a line of steel-gray furniture, the Seibert Collection, originally just for her, its colors and fabrics coordinating with the blue stone patio and the stone on her house. 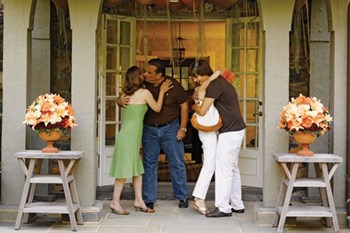 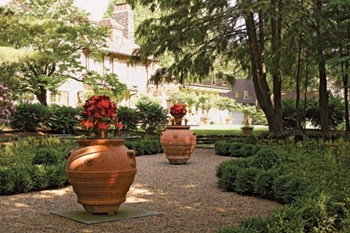 On party day, Seibert’s good friend and business partner, Lenore Rice, arrived by 3 o’clock to make shish kebabs for the grill. Seibert planned a seasonal menu — salmon, shish kababs and all variety of salads — and floral and event designer Jerry Rose had come up with the party concept and decor. He had chosen a color palette of red, orange and apricot, just right for Nick’s big day, and Rose’s floral arrangements looked particularly stunning against the terra cotta of the Seibert & Rice pots. 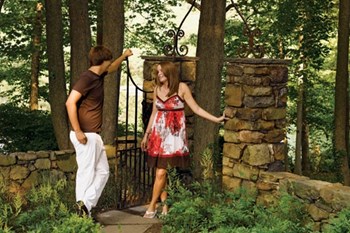 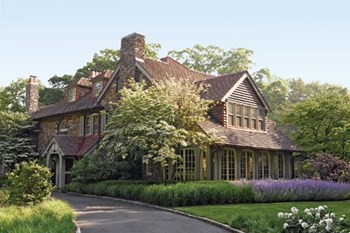 At the moment, Rose was overseeing the buffet-table decorations out on the patio. Nick’s friends were all there, and then the Monacos drove up — they have always been like second family. The line between the preparations and the party itself blurred as Seibert’s guests clustered around the grill, and Nick pushed his friend Kerry Cullen on a tree swing outside. A stream of company continued to arrive. 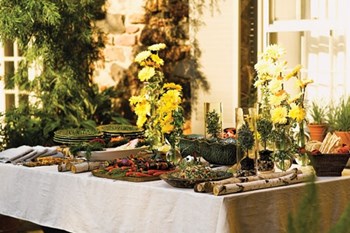 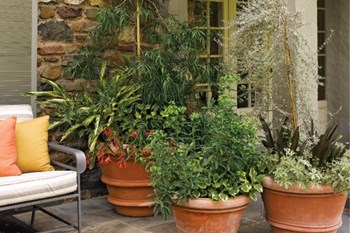 Seibert gestured to everyone that dinner was ready — and from every area of the garden, partygoers converged on the terrace and huddled around the buffet. Then they took to the back lawn with their food, where Rose had placed the bar and a group of high tables, around which people stood while they ate. From her seat on the terrace, Seibert could watch the party unfold like a play. This was the party the garden had been in the making for. Like Nick, it had now come into its own.