There are many reasons to want a vegetable garden but there can also be a number of reasons to put off actually starting: not enough space, poor soil and more often that not, a lack of confidence in the garden.

Like so many things, a consistent habit is far more powerful than one big, heroic effort.

Don’t panic. Seeds want to grow. Stick ’em in the ground and see what happens. Your garden is the best gardening teacher.

5 tips to getting your veggie garden right

Follow  these top tips to get you started on planning a new vegetable garden.

1. Plan what to plant

For most of temperate and sub-tropical Australia – think anywhere where 30oC is called a hot day in January – most classic garden vegetables love to be planted in late spring.

When deciding what to plant, the biggest question is ‘what do I like to eat?’ The second question is ‘how much space do I have?’.

Ask yourself what you like to eat and how much space you have.

From there, the important thing is to start, and to make getting into the garden a habit.

Herbs are often the fastest growing – and they’re perfect to tuck into any spare piece of garden space. 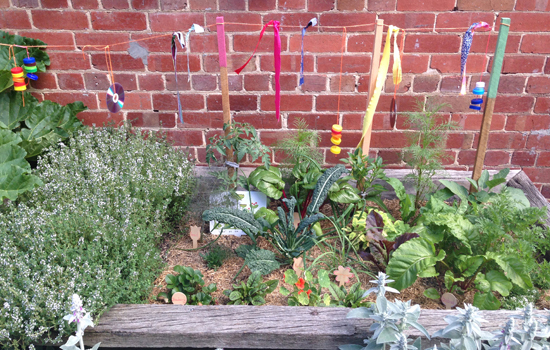 Compost – whether you use a compost heap, worm farm, bokashi bin or chook pen – does three jobs. It breaks up the soil, helps hold water long enough for plants to get it and it makes lots of broken down bits of vegetable available for new roots to gather up and use to make more vegetable.

The better your soil, the more you’ll produce, but even poor soil is improved by growing, watering and digging your harvested plants back in.

Gardening isn’t about the epic working bee or vast network of beds, the heirloom seeds or dirt from a shop. The important thing is the habit – just begin and it’ll grow on you. Just add food, water and attention, a little and often. They’ll show you.

There’s an old saying: “The best fertiliser is a gardener’s boots.” Remind yourself just to be in the garden every day or three so that you notice what’s going on.

Just be in the garden every day or three so that you notice what’s going on.

There are some great online garden planners and apps that will show you what to plant when in your area, how to capture a map of your garden and remind you to water, feed or harvest. 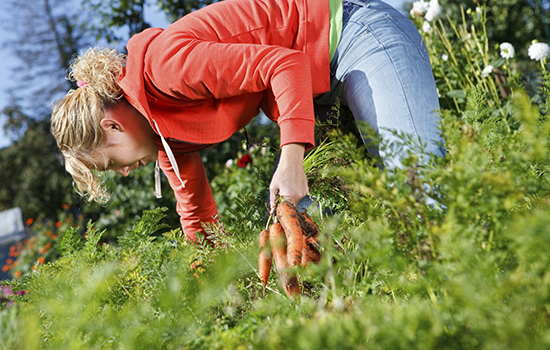 A garden plan also helps you think about when you want to harvest. Do you want a feast in February? Or one or two ingredients most days from January to April? Once you’ve had a three-course meal of almost entirely pumpkin, there’s a lot to be said for one ingredient a day. The food is spread out, and so is the work.

There’s a lot to be said for one ingredient a day. The food is spread out, and so is the work.

Popping out to the garden with a bowl and scissors every day also gives you a chance to look around, notice what’s going on and plan the two or three things you will do on Sunday. That’s far easier than a monster weed-a-thon twice a year, planting 50 seedlings all at once, or harvesting 20 cucumbers that all need eating now.

When you’ve harvested all you can from a plant, cut it off at the soil line and dig through with some more compost for good measure. After the early crops, like the lettuce, you’ll have time for another relatively fast crop to harvest by April or May – or you could put in a green manure crop which will improve the soil when it’s dug back in before it flowers or fruits.