North America is endowed with special trees, and that’s especially apparent in fall when forests of the northern and eastern areas of the country display colors that are unsurpassed anywhere in the world. Maples, oaks, and sassafras are just some of the many native trees that make a good show. 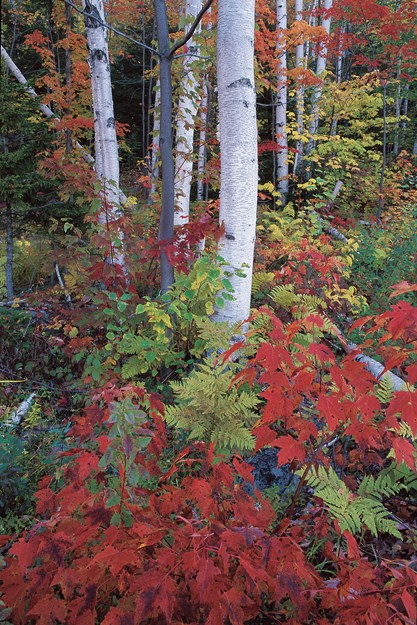 The native American trees shown here are flat-out gorgeous in fall-several in other seasons, too. Among them, they have blanketed much of the eastern half of the continent for thousands of years, and they adapt well to most gardens. These are not fragile exotics or prima donnas.

Several of the species are very hardy, dominating the boreal and frigid Zones 1 through 4. Most grow well into Zone 8 and a few into Zone 9. 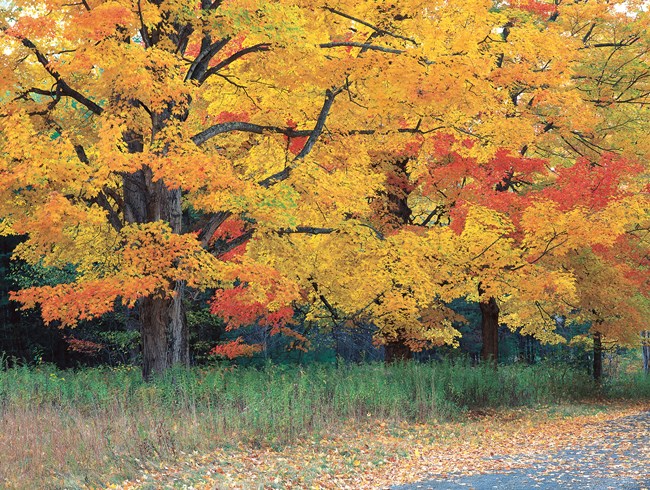 SUGAR MAPLE (Acer saccharum)
Closing the season with a bang, gray-black branches snake through clouds of yellow and burnt orange leaves in a fall scene that is a familiar herald of the coming winter and entirely miraculous. Photo by: Paul Rezendes.

Many of the larger trees require full sun. Dogwood, amelanchier, sassafras, vine maple and Franklin tree like some shade.

There are native trees for most any type of soil, but most do best in soil that is well-drained.

Plant in fall where winters are mild (Zones 7 to 9) or in spring once soil can be worked. Choose only nursery-grown plants sold in containers or balled and burlapped. Make the planting hole at least three times as wide as the original root ball and no deeper. 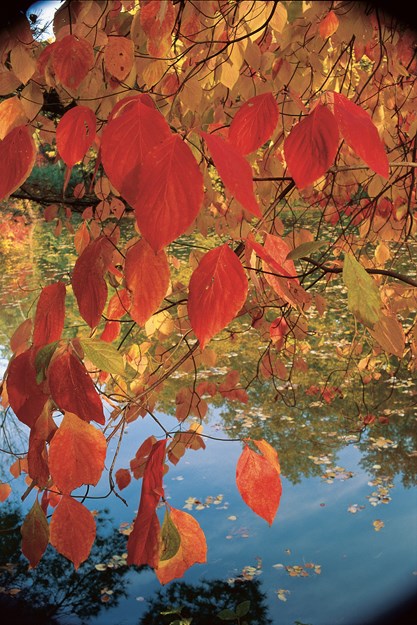 The pre-eminent tree of spring in the eastern U.S., flowering dogwood (Cornus florida) rises equally high to the challenge of fall beauty. Its gracefully veined, red-purple leaves are mirrored by the still water here. Photo by: David Middleton. 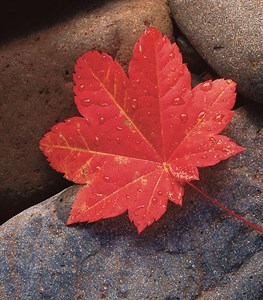 This tree is native to the Pacific Northwest, from northern California to British Columbia. In fall the leaves turn orange scarlet or yellow. You’ll usually find it growing in a sprawling, crooked form along streams or under the shade of much taller trees. In the open, it is symmetrical and treelike.
Zones 6 to 9; to 35 feet. 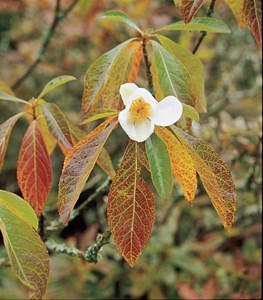 John Bartram, America’s first naturalist, and son William found this tree in 1765 on the banks of Georgia’s Altamaha River and named it in honor of Benjamin Franklin. White flowers in late summer; orange-red leaves. The tree needs rich, moist, acid and welldrained soil.
Zones 6 to 8; to 20 feet. 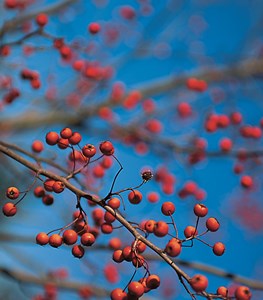 Leaves turn orange, scarlet and purplish in fall; stems are thorny. Glossy red fruits hang on through winter or as long as birds and squirrels allow.
Zones 4 to 8; to 30 feet. 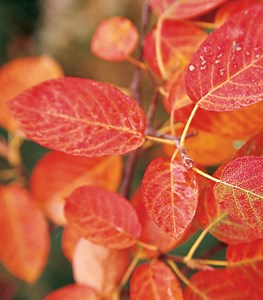 A small, delicate tree with early white blooms, before leaves emerge. Leaves turn orange red in fall. Purple-black fruits are edible and much loved by wildlife.
Zones 4 to 9; to 25 feet. 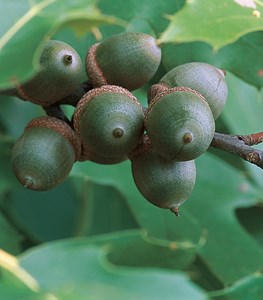 One of the dominant trees of the Northern forests by virtue of both size and abundance. Leaves turn crimson, orange and russet in fall. Acorns serve as a major wildlife food.
Zones 3 to 7; to 75 feet. 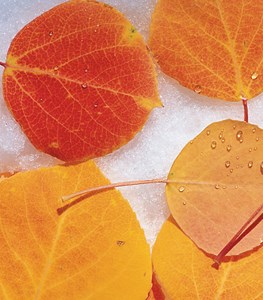 There are more square miles of this tree in North America than any other. Roundish leaves shiver in the slightest breeze, and turn gold to orange.
Zones 1 to 6; to 50 feet. 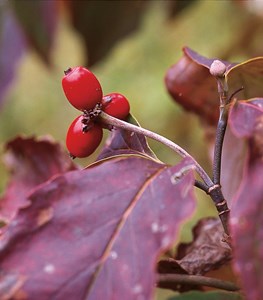 In the East, spring is largely about dogwoods. In fall, leaves turn red purple; bluebirds love the glossy red berries. Hybrids with C. kousa are more resistant to disease.
Zones 6 to 9; to 30 feet. 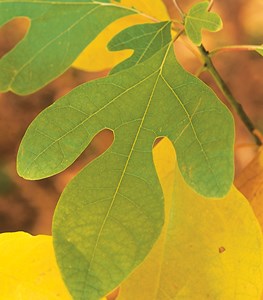 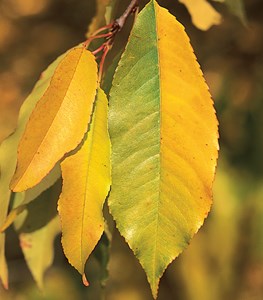 Photo by: Jerry and Marcy Monkman.

This tree is usually first to change leaf color—from green to yellow. Winter buds are bright yellow. Host tree for luna and giant regal moths.
Zones 4 to 9; to 75 feet. 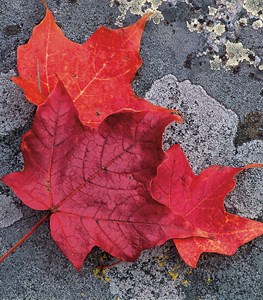 Four states and Canada choose it as their symbol, which says volumes about the significance of this tree. Wildlife food source.
Zones 3 to 7; to 75 feet. 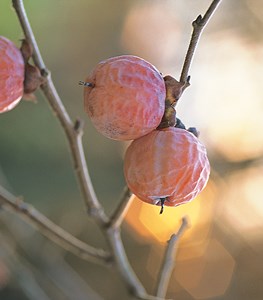 Photo by: Susan A. Roth.

Female trees produce edible fruits, though smaller and less tasty than Asian persimmons. Fall color is yellow green in the North, yellow to reddish purple in the South. For best fruit, buy a variety such as ‘Woolbright’.
Zones 4 to 9; to 60 feet.